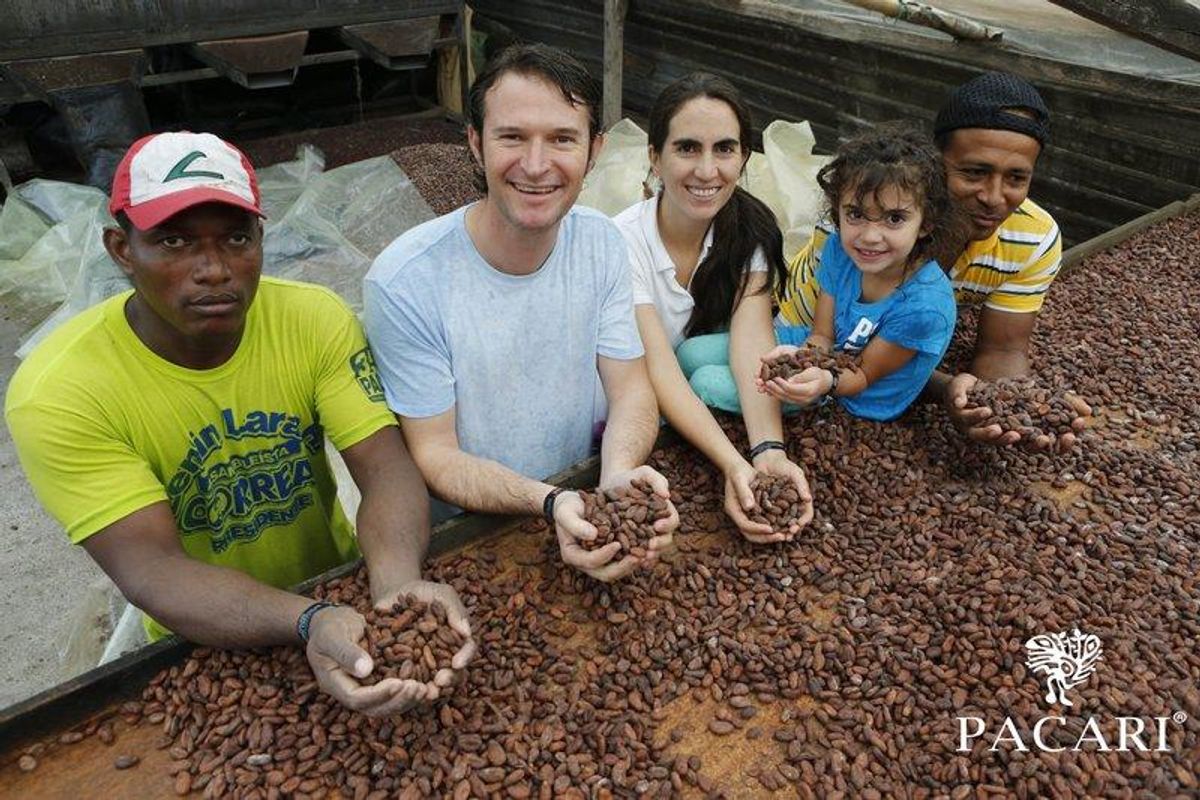 QUITO, ECUADOR -- Most of the world’s chocolate today comes from America and Europe, and it's made from cacao beans grown in Africa. But at least one South American company wants to make the best chocolate in the world from beans grown at home in the cradle of cacao.

“Latin America has been sitting on a gold mine of cacao that has historically been sold to other countries,” said Maricel Presilla, U.S. based chef, food historian and member of the International Chocolate Awards, “but now is the time to reclaim that resource.”

One company aiming to do exactly that is Pacari, a chocolate maker keeping its organic cacao bean to chocolate bar production in Ecuador.

A 13-time award winner at the 2015 International Chocolate Awards, Pacari was founded in Quito in 2002 by native Ecuadorian Santiago Peralta and his wife, Clara Barboto. The couple began thinking about opening their own business and building something they could leave behind.

Peralta and his wife spent their first five years in business learning about cacao, which resembles a pointy acorn squash. The fruit’s seeds are fermented, dried, roasted, and ground into cocoa—the key ingredient in any chocolate bar.

The next step was making personal connections with cacao farmers to ensure that they were producing a quality product. Connecting with farmers directly not only ensured quality cacao in terms of farming, but also ingrained in Peralta a responsibility to improve the lives and education of those working with him.

“There is mutual solidarity that is the key to me, because we have formed this connection.” Peralta said.

Peralta teaches each family the process of making chocolate: growing the cacao, monitoring the optimum fermenting time, harvesting the fruit at the best season and pruning it properly. The couple also help provide machinery and drying facilities for farmers who can’t afford it.

“Cacao is not just a way to get money,” Peralta said. “There’s a consciousness that this cacao will be transformed into something yummy called chocolate that will represent the country. They know they carry a responsibility—so this comes out in our chocolate.”

Pacari’s international success is setting an example for others in Latin America, Presilla said. She believes Pacari is one of the first and most recognized artisanal chocolate companies in and from Ecuador.

Peralta hopes that Pacari’s example will attract young people - which is a key issue.

“If we don’t get young people involved and help get them excited about cacao we won’t have a future,” Peralta said. “So we are working on programs getting new generations in the process of cacao; how can we show young people that the countryside can provide a good living too rather than moving to the city to work with computers.”

Another challenge is establishing a culture of fine chocolate appreciation in Ecuador—showing that cacao is not just a cash crop, but the main ingredient of a rich experience.

“When a chocolate company in Europe starts selling chocolate, people understand more about quality. They make desserts with the chocolate because there is a chocolate culture there,” Presilla said. “In Latin America, because of our colonial history, we have to educate our people. So if a company wants to be like Pacari they need to be taught about fine chocolate, and taught why you would want something made properly.”

Despite the challenges, Peralta is hopeful that Pacari can show that Ecuador has the best chocolate in the world.

“If chocolate can’t succeed I don’t see any food succeeding,” he said. “Chocolate is the most loved food on earth.”

This Couple Aims to Make Ecuador the Cradle of Fine Chocolate Making
Nov 07, 18

Why some chocolates starts to melt the moment you hold it?
Nov 07, 18